About the Florida Native Plant Society

The Florida Native Plant Society (FNPS) is currently organized into 37 regional chapters through out the state of Florida. The overall purpose of the Florida Native Plant Society is to promote the preservation, conservation, and restoration of the native plants and native plant communities of Florida. For more information, access the state FNPS website.

History of the Pawpaw Chapter

The Pawpaw Chapter was once called the Volusia Pawpaw Chapter. The seed for "planting" this Chapter of the Florida Native Plant Society started around 1990 by a lady named Joanne Ash. In the Fall of 1989 she had attended a landscape meeting in SW Florida and rubbed shoulders with other Florida Native Plant Society members. She came away determined to set up a local chapter in our area. Before deciding to launch her own landscaping career, Joanne had been previously employed to manage events at the Casements in Ormond Beach. Through her association with the Casements, Joanne was able to make arrangements for the group to meet in the River Bridge Gardens Meeting House. In January 1990 she advertised an open organizational meeting in the Daytona Beach News Journal. She arranged for a speaker from the State FNPS to be on hand for the first official meeting in February 8, 1990, and was pleasantly surprised to find over 20 interested people waiting for her to open the meeting house doors. After serving the Chapter as president for 2 years, Joanne Ash moved from Ormond Beach up to the Hammocks in Flagler County. A few years later she left Florida completely, to live out the rest of her life in a new rural mountain home setting in North Carolina.

The original name of Volusia Pawpaw Chapter came about because the little "Volusia Pawpaw,"  Deeringothamnus rugelii. Also known as Yellow Squirrel Banana or Rugel's Pawpaw, it is found only in Volusia County. Rugel's Pawpaw is a member of the Annonaceae or Custard family. There are two species in this genus, and both are listed as endangered, have limited ranges, and are found only in Florida. A specific arrangement of soil type, moisture, and fire regimen limit the range of these species. Deeringothamnus pulchellus is located in Orange and Charlotte counties.  Pawpaw chapter member Paul Rebmann's photos of Rugel's Pawpaw can be seen at wildflphoto.com. Rugel's Pawpaw has alternate, entire and leathery oblong leaves that may grow to 7 cm. Small flowers are produced in the spring and are pale yellow with 6 petals and 3 sepals born on auxiliary stalks. Rugel's Pawpaw occurs along the edges of poorly drained pine flatwoods or disturbed areas. Listed below are reference sources for more information.
Helkowski, J. H. and E.M. Norman. 1997. Effects of Fire on an Endangered Florida Plant, Deeringothamnus rugelii. Florida Scientist 60 (2): 118-123.
Norman, E.M. 1993. Recovery Plan for Rugel's Pawpaw. U.S. Fish and Wildlife, unpublished report.
Kral, R. 1960. A Revision of Asimina and Deeringothamnus (Annonaceae). Brittonia 12:233-278.

1. To protect and restore native plant communities.
2. To provide a forum for the exchange of ideas and knowledge regarding native flora of the region.
3. To provide and make recommendations regarding issues that concern native plants and/or their habitats.

Numerous programs, field excursions, projects, and events have been carried out by the chapter over the years, with a main focus toward education of ourselves and the community regarding the promotion of Florida's native flora. We have participated in Flower Shows, Earth Day Events, Plant sales and auctions, native plant installations in public areas, field trips to native areas and landscape tours. Guest lecture programs have ranged from, "How To Build Compost" and "How to remove exotic pest plants", "Butterfly Gardening with Natives" and "Taxonomy of Plants". The Annual FNPS state Conference attendance has been most stimulating to attending members. The local Pawpaw Chapter was the proud host of the 2006 & 2016 FNPS Conferences. The Pawpaw Chapter currently has over 130 members from Volusia and Flagler Counties. 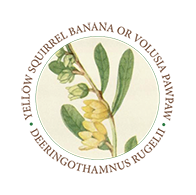 The mission of the Florida Native Plant Society is to promote the preservation, conservation, and restoration of the native plants and native plant communities of Florida. 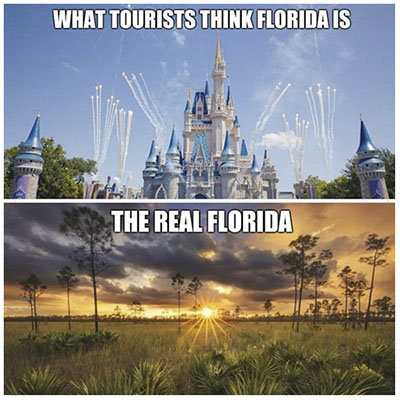